Work on the IxT Rebranding

Supporting the IxT rebranding effort in 2015, including a generative design asset creator

I supported the IxT design team as they created a rebranding for the firm. I was partly involved in the front-end development for the branding style guide, but most of my work went towards creating a generative asset creation tool for the production of background textures and branding assets. It started as a series of processing sketches, each one a quick exploration of a concept communicated by the design team. Over repeated reviews and iterations, we tried out a bunch of different ideas, finally settling on the concept of a kind of woven pattern. Other ideas were more flashy, and more visually complex, but they ended up crowding out the content and going against the overall visual goals of the firms rebranding effort.

This was a fun project for being rather visually abstract, but also because I operated as if the firm were clients, meeting regularly and presenting development process, then discussing broader project goals and design ideas. On my end, the task was a combination of development and project management. On the designers' end, it was coming up with an idea they could all agree on! 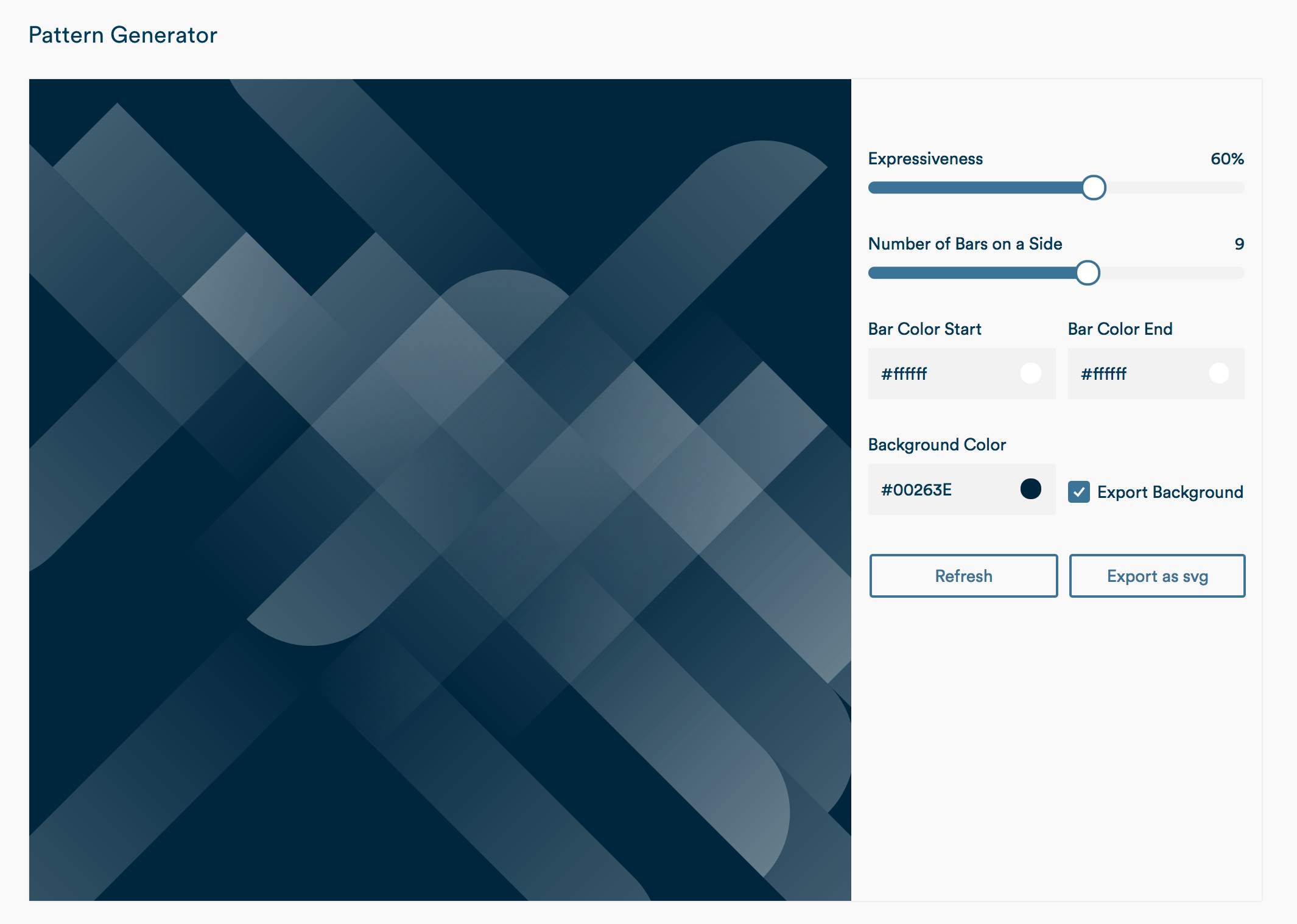