A Visualization Swiss Political Party Support Over Time and Across Municipalities

Working during the run-up to the Swiss national elections of 2015, Interactive Things partnered with SRG/SRF again for this article about the shifting levels of support for the different political parties of Switzerland.

I worked as a front end developer for the visualization part of this story, collaborating with designers, data scientists, and other developers at both Interactive Things and SRG/SRF. 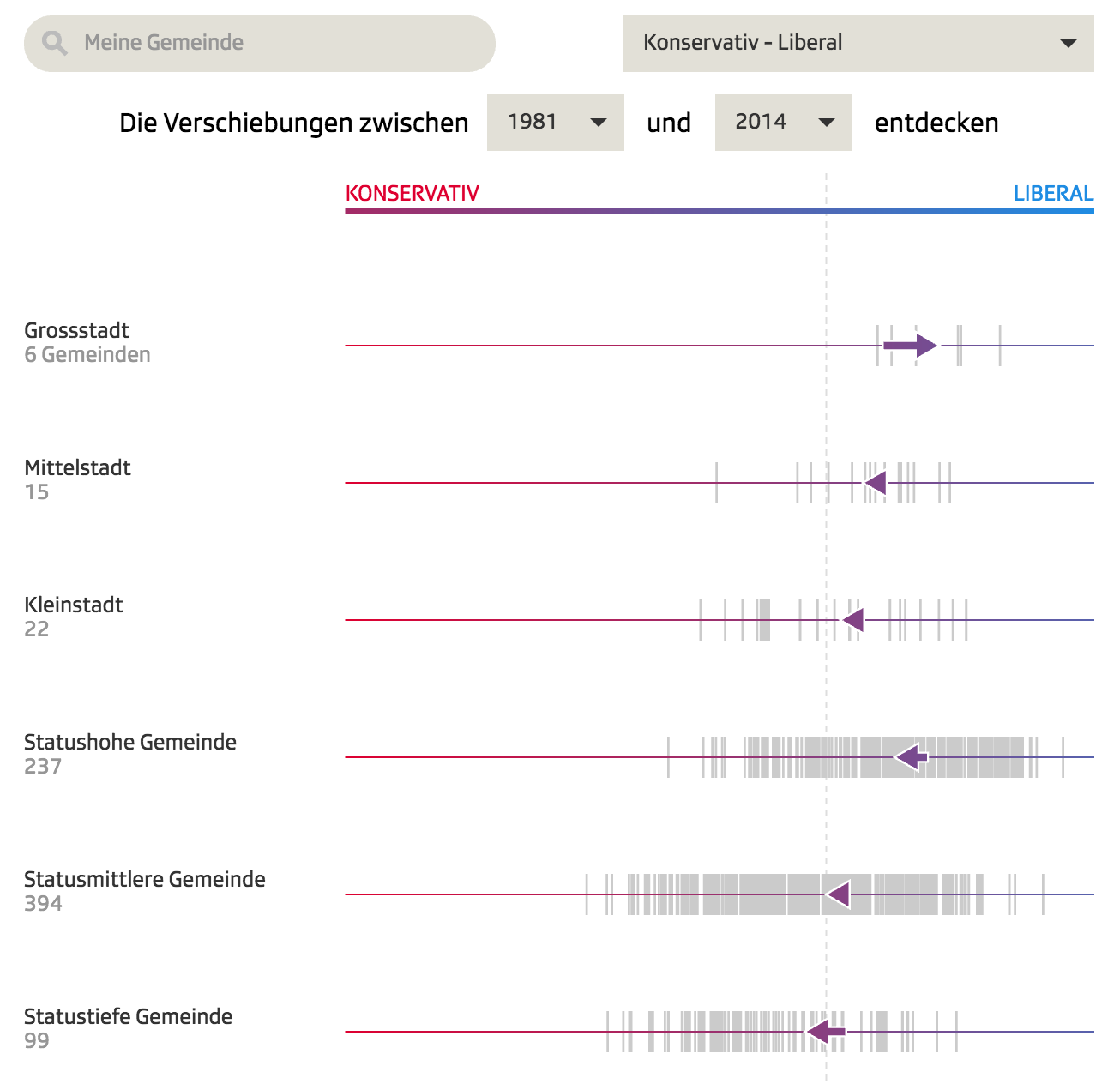 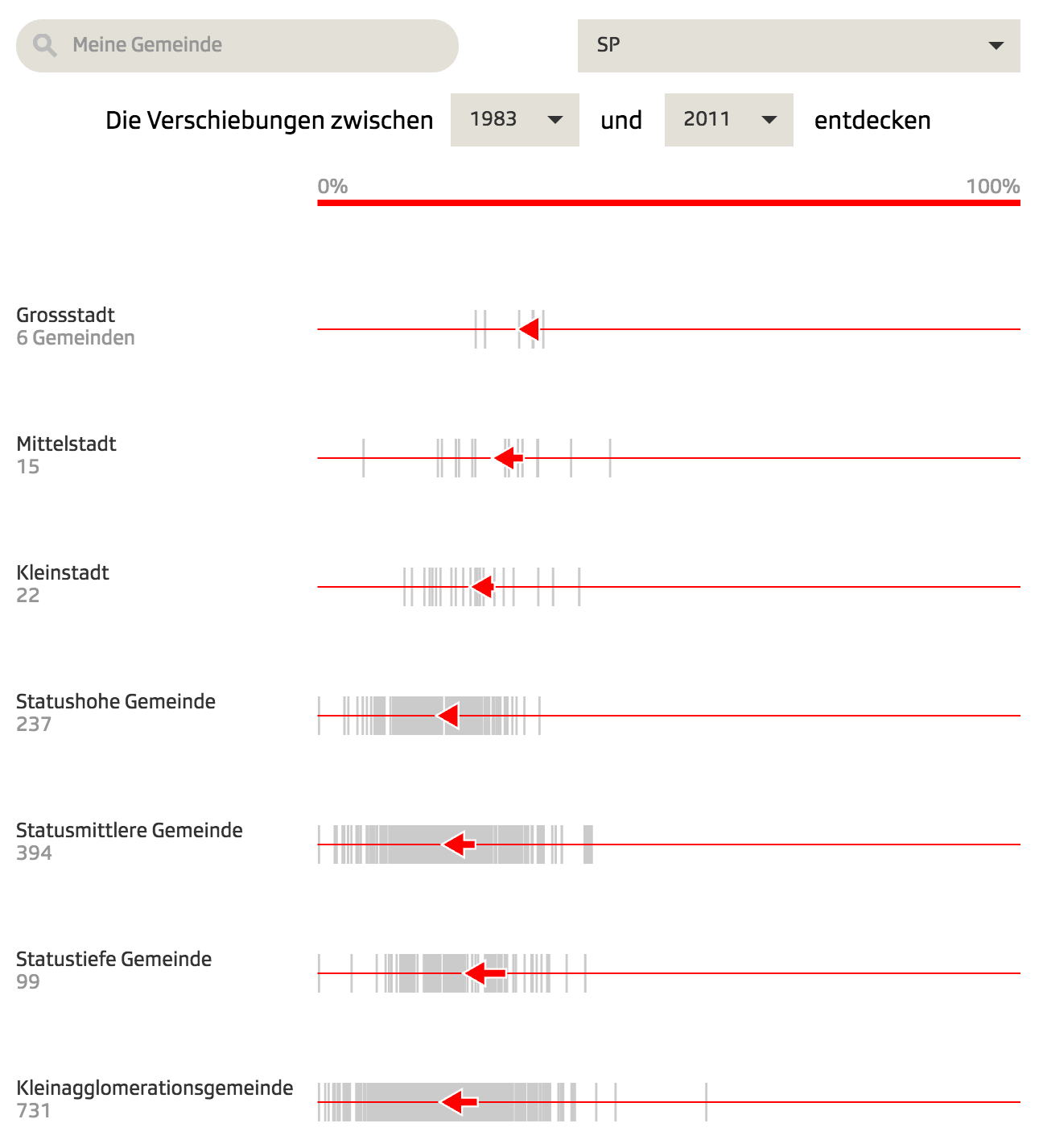