Looking at the Gender Gap in PhDs

Periscopic worked with Scientific American to develop a visualization of the gender gap in PhD awards worldwide. The data was developed through a collaboration with the National Science Foundation.

I worked closely with Periscopic's resident data scientist to explore different ways of viewing the data, and with the designer to ensure that their vision was put into practice. This project was produced with a quick turnaround time, which meant that we had to work very efficiently. It was my last project at Periscopic before moving to Zurich! 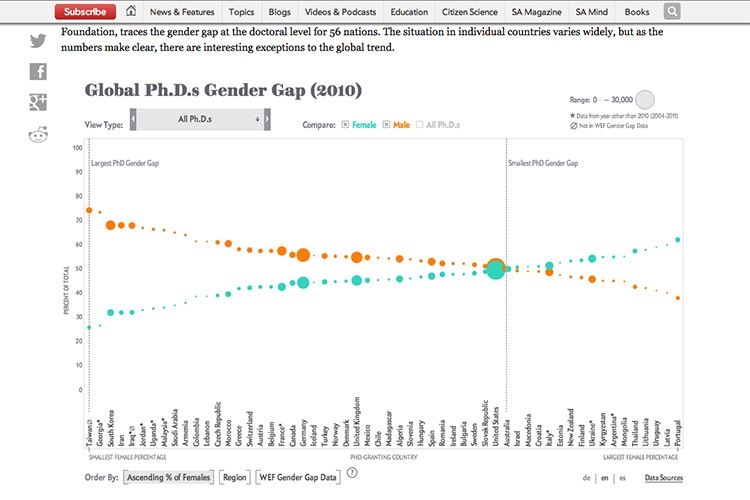