For the 50th Anniversary of John F. Kennedy's death, NBC's Tom Brokaw conducted a series of interviews discussing the president's life and legacy. He met with a variety of politicians, media members, scholars, dignitaries, and citizens who were involved with the Kennedy family or the events surrounding the assassination. Periscopic partnered with NBC Universal to design and develop an interface for the video clips.

I collaborated with another developer to write the front-end of the site, based on design comps and strategy created by Periscopic designers. Two particular challenges were to make the site functional in Internet Explorer 8 (including video!), and to build the interaction system for touch-enabled devices. 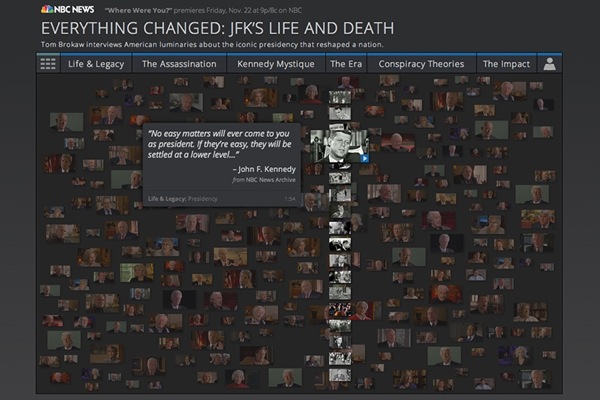