A creative, data art-inspired look at corporate responsibility initiatives at Adobe. Periscopic wanted to do an abstract presentation that would reveal the data behind it as the user interacted with the tool. In particular we wanted animations that would feel surprising, but also natural.

I first built an early prototype to test different concepts. With this prototype we discovered the forms that we would end up using in the final piece. I then implemented the final site interaction, graphics, and design, which were conceived by a Periscopic designer. My favorite part, also the most complicated to implement, was the passive animation that occurs on the main page, as the shapes fade one by one into view along with a caption. 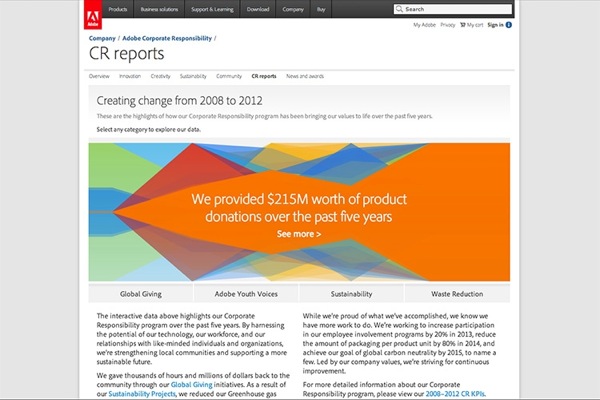 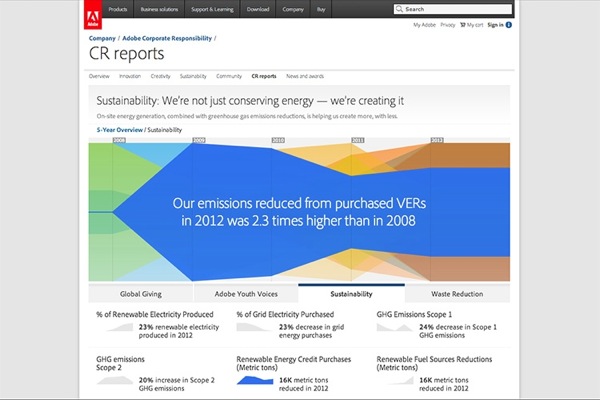 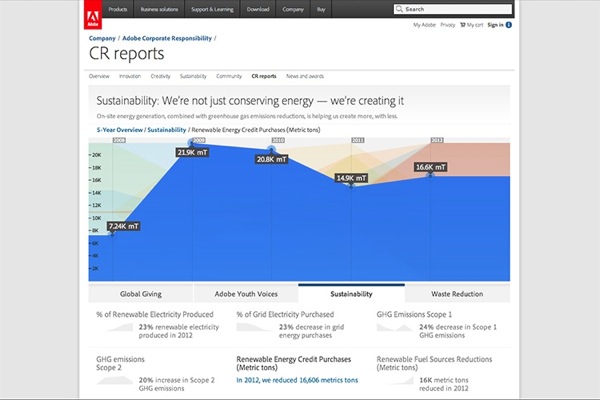