A Visualization of the Loss of Life from Gun Killings in the U.S.

After the 2012 mass shooting at Sandy Hook elementary school, Periscopic decided to create a visualization using data on homicides collected by the FBI. We looked in particular at killings by gun, which are so alarmingly frequent in the United States, and sought to highlight the tragedy of the loss of the victims' years of life. Using data from the World Health Organization, we put together a very rough life expectancy generator to give an idea of the amount of lost life.

I was part of the group at Periscopic that put the site together. I wrote the code, based on ideation and design work done by my colleagues. This was my first major programming project at Periscopic, and represented a major learning experience for me. I spent a great deal of time collaborating with the designer to get the look and feel just right. 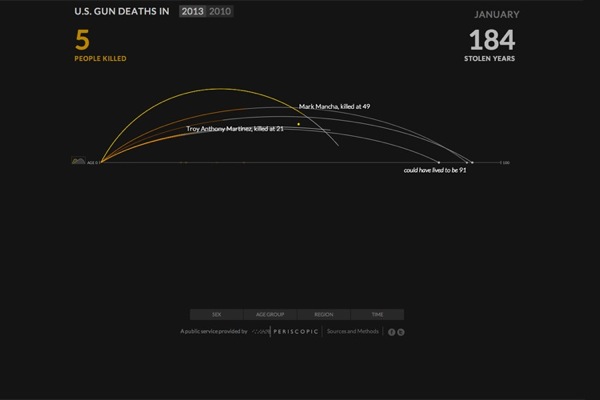 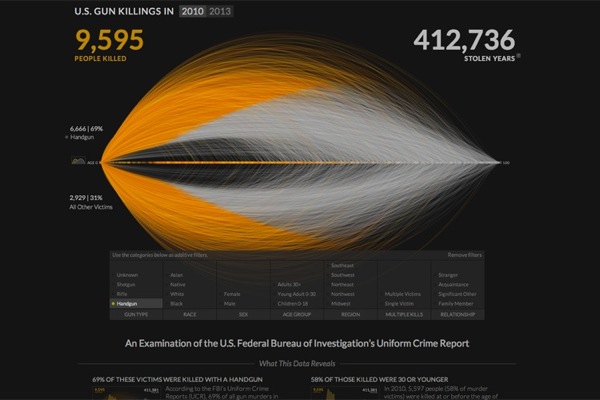 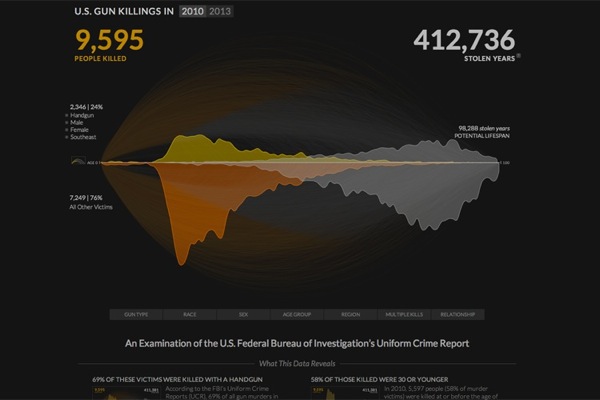