Master's Thesis - Bugs in the System: An Exploration of Digital Life (link)

For my master's thesis, I wanted to work with generative design and computer graphics. In thinking about interesting complex systems, I became interested in the concept of living systems. There is something which distinguishes a living molecular system, even a simple bacterium, from a nonliving collection of chemical reactions. I thought, if I could dig into research from biology about that fundamental phase transition of matter which leads to living processes, I could then apply that concept to digital processes, in the effort to explore the concept of "digital life".

In doing so, I was able to draw on research from biology and philosophy on the nature of life, and discovered the quite closely related field of Artificial Life, the efforts by computer scientists and biologists to create living systems by artificial means.

The written thesis (Link Here) explores the concept of digital life, along the way delving into the ongoing discussion about the fundamental nature of living processes. I come up with a rough definition of how living processes operate, and imagine how that would look in a digital medium.

Alongside the written thesis, I produced an installation that embodies the concept of digital life. It is presented as a "natural history museum of the future", in which visitors see and engage with specimens of future digital life forms. I implemented some well-known (to generative art people) examples of complex behavior, and adapted them to run on the GPU, and to be visualized on the surface of a large sphere. These simulations are then projection-mapped onto a 1 meter diameter sphere in the installation room itself. The simulation is audio-reactive and flees from nearby noises, to give the visitor the feeling of encountering a living creature.

Upon completion, the installation will be exhibited at the Zurich University of the Arts spring show, which runs during the month of June 2017 at the Toni Areal building in Zurich. 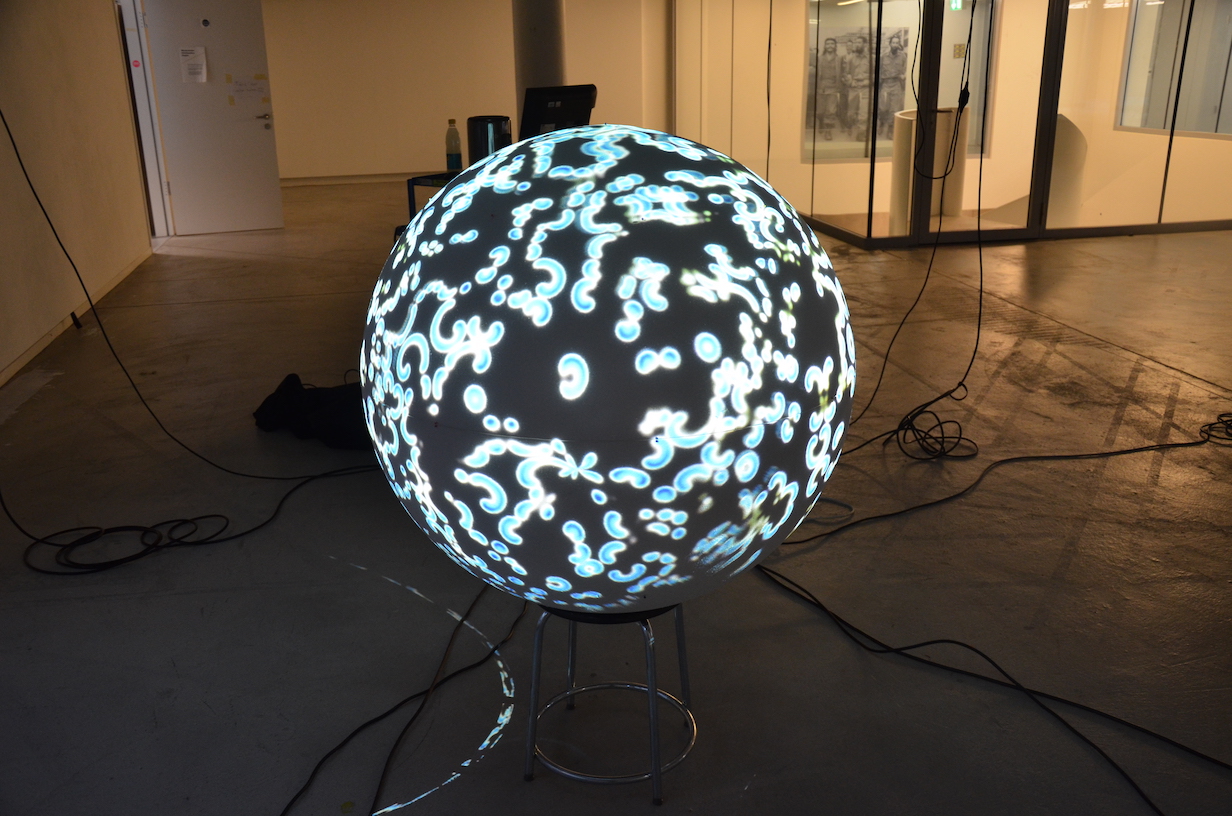 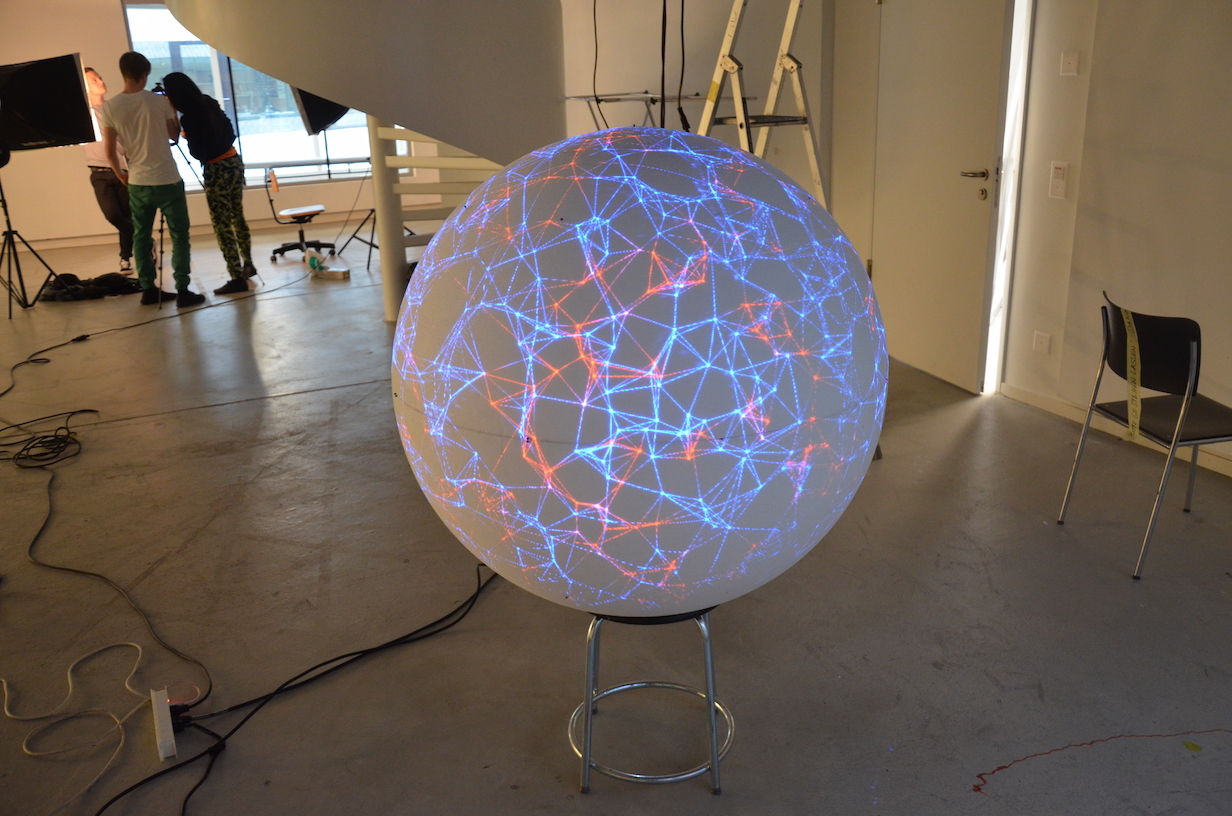 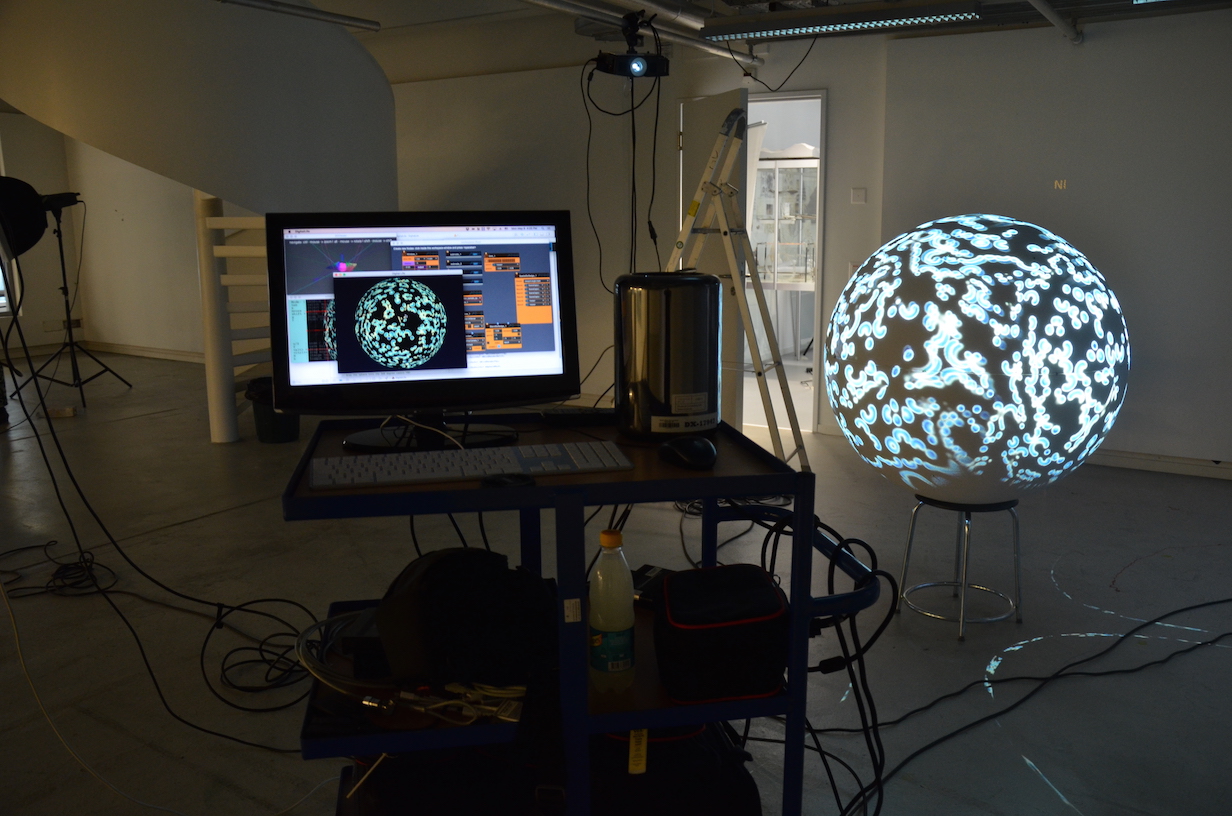